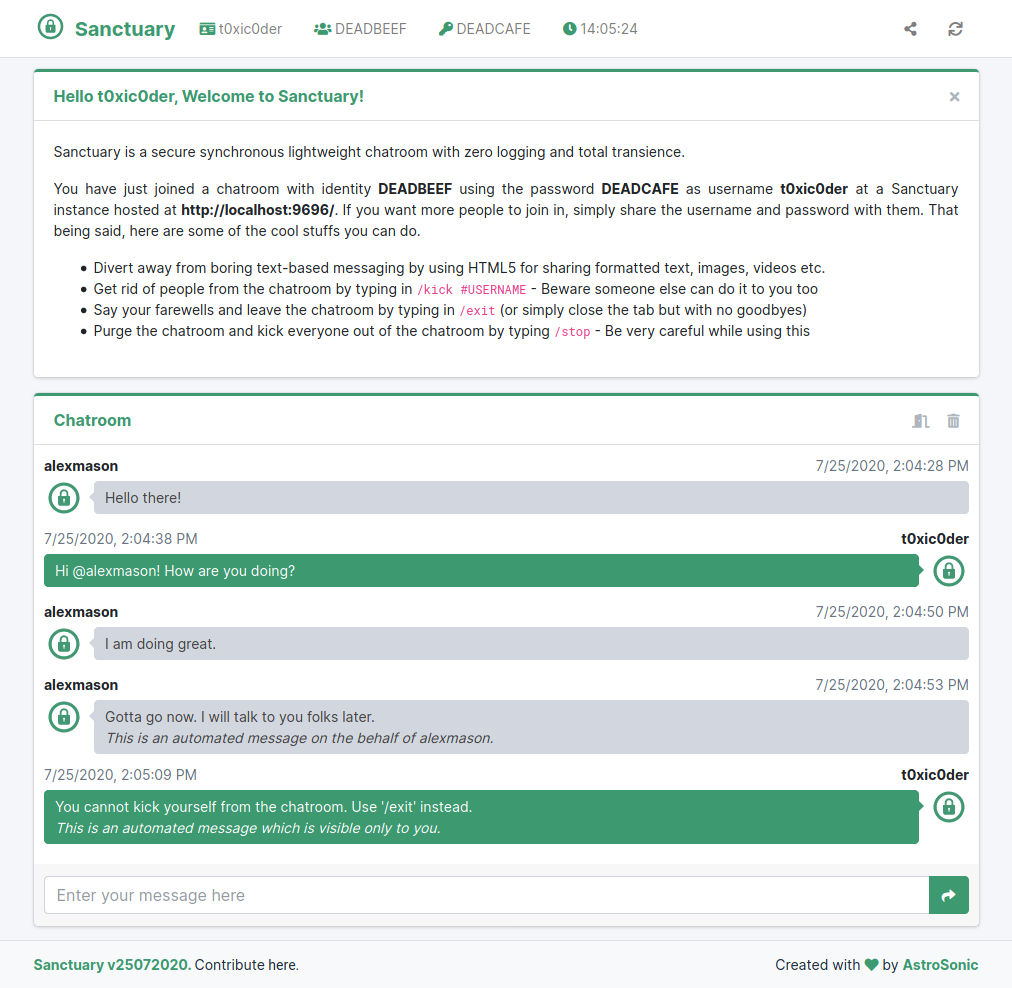 This has been tested to work on

As most of the functions and routines have been implemented on the client-side to reduce the weight and complexity of the server-side code, the chatroom is vulnerable to monkey patching. Though the risk of information breach has been significantly minimized with the introduction of AES-based hardened protection, still it is highly recommended not to share confidential and sensitive information over the chatrooms. In such a state, it can be used for all kinds of conversation and as long as the chatroom is not opened up to the internet, you should not have to worry about any vulnerabilities.

When you use Sanctuary - you agree to not hold its contributors responsible for any data loss or breach that may occur due to the use of this chatroom application. You agree that you are aware of the experimental condition of Sanctuary and that you would want to use it at your own risk.

You may request for the addition of new features in the issues page but as the project is singlehandedly maintained - it might take time to develop on them. Please consider forking the repository and contributing to its development.